Rojda ALTINTAS/Osman BAKIR, Istanbul (DHA) – Boji, who is famous for traveling in many public transportations in ISTANBUL, stays in Kemerburgaz Animal Temporary Nursing Home for 2 days every two weeks for health checks. Boji does not neglect to tour while staying in the care center, goes for a ride in the center’s car.
Boji, famous for traveling in many public transportations in Istanbul, traveled 29 stops and at least 30 km in a day determined by its tracking system. Boji stays in Kemerburgaz Animal Temporary Nursing Home, every 2 weeks for 2 days for health checks. Thanks to the microchip attached to the Boji its vaccinations and care are also recorded on August 18. While the antiparasite vaccine is being completed, the Boji is also cleaned with dry shampoo. Boji, who is infertile, weighed 42 kilograms at the age of 4 years. The blood test results of Boji, which is maintained every two weeks, are also clean. Boji’s eye and ear examinations are also done routinely. Boji, was noticed to have better communication with humans than animals, tours in the shelter with the vehicles of Kemerburgaz Animal Temporary Nursing Home during his stay. Boji also resists for a long time not to get out of the car because of its traveling fondness. Istanbul Metropolitan Municipality Veterinarian Yalcin Keskin stated that the Boji is not aggressive and is the human-friendly dog.

“BOJI IS NOT AN AGGRESSİVE DOG”

Istanbul Metropolitan Municipality Veterinarian Yalcin Keskin gave information about the check-up process of the Boji, saying, “Boji came to us about 2 months ago. When it arrived, we first applied a microchip. Thanks to the microchip, we identified the Boji. Thanks to the chip, we record the vaccinations and care we applied to him in the system. The last time Boji came, we did the antiparasite treatment. We also cleaned it with dry shampoo. Our Boji is a barren dog, about 4 years old and 42 kilos. Actually, Boji likes to be outside and travel but it has to come to us for a check-up and care regularly. I can tell the people of Istanbul that the Boji is clean and taken care of. They can travel safely and comfortably with Boji. It is not an aggressive dog, it is quite calm, it can stay calm even in most stressful situations. It is a human-friendly dog, it likes to travel with people. When the Boji needs to pee while using public transport, it can go out and come back to its trip. We take care of Boji every 15 days. The results of the latest blood test were very good. We also did an eye and ear examination and there is no problem. Boji’s weight is also good.” Keskin said that when Boji came to the animal care home, he took it on a tour with his car. It enjoys very much, it doesn’t want to get off the car either. 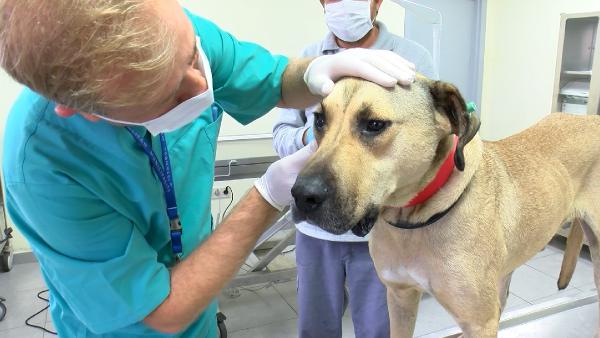 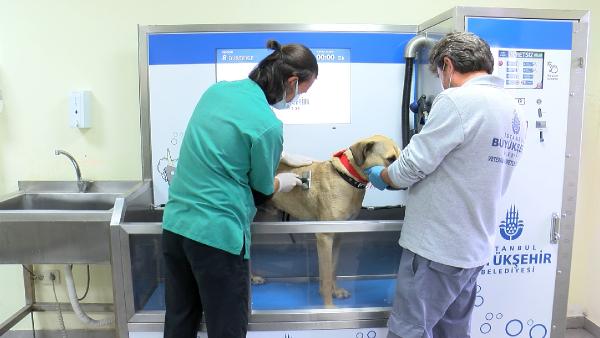 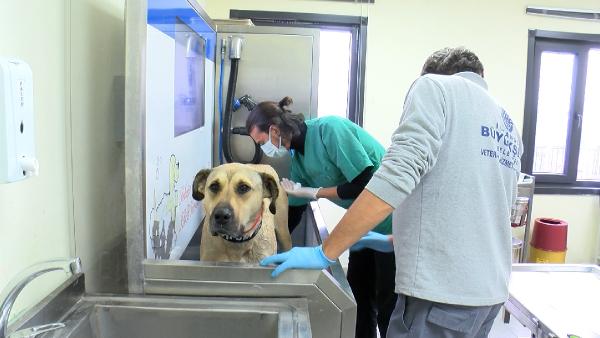 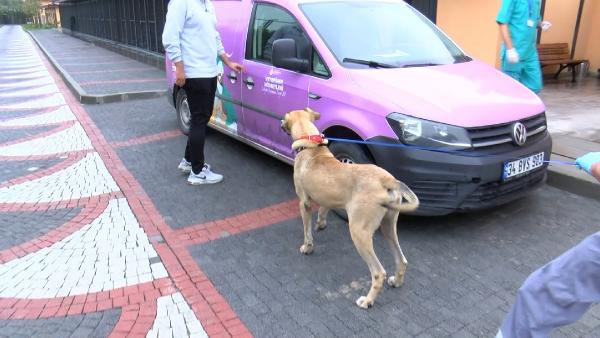 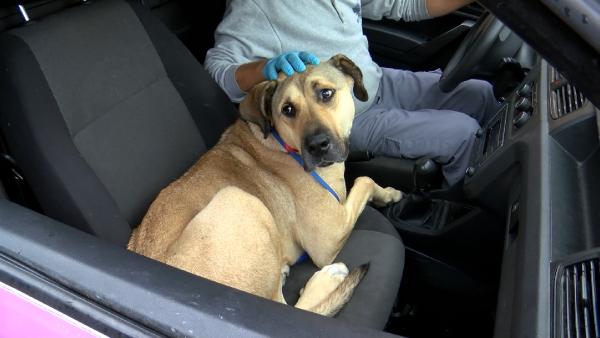